There are dozens and dozens of casino software developers, i.e. those companies that create the games we play at online casinos. However, the landscape is dominated by some of the biggest companies, which include NetEnt, Scientific Games, Microgaming, Merkur, Barcrest, Blueprint Gaming and Playtech.

The latter operator, Playtech, is perhaps unique. It often signs exclusive deals with online casinos, so that Playtech games alone are featured on the site, or at least represent the vast majority of games on that site. In a way, it works a bit like Apple, striving to give its products a touch of exclusivity. The point is that despite being one of the biggest casino software companies and being listed on the London Stock Exchange, not all online casinos carry Playtech games. It does not have the ubiquity of NetEnt and Microgaming.

Playtech Premium Games Worth Checking Out

Playtech’s calling card is its premium range of branded casino games. No developer has as many games officially licensed from movies, television, game shows and other elements of pop culture: Batman, Robocop, The X-Files, American Dad, Elvis, Michael Jackson – all corners of popular culture are covered. But Playtech has also created many games from scratch; original concepts that have become hugely popular with players. Below are some of Playtech’s most popular slots and series: 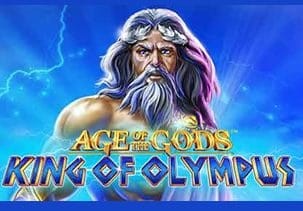 Minimum Bet for Free Spins Can Be Higher

Another point to make about Playtech games, and the free spins you can use for them, is that they are often progressive jackpot games. In fact, Playtech has one of the world’s biggest progressive jackpot networks. Several of those games listed above are within that network, so if you get some Playtech free spins – who knows what the end result could be?

Every casino player will have their own favourite type of game, and it’s clear that not everyone will prefer Playtech games. But the company has a devout following, and lots of players jump at the chance when they see they can get some Playtech free spins.